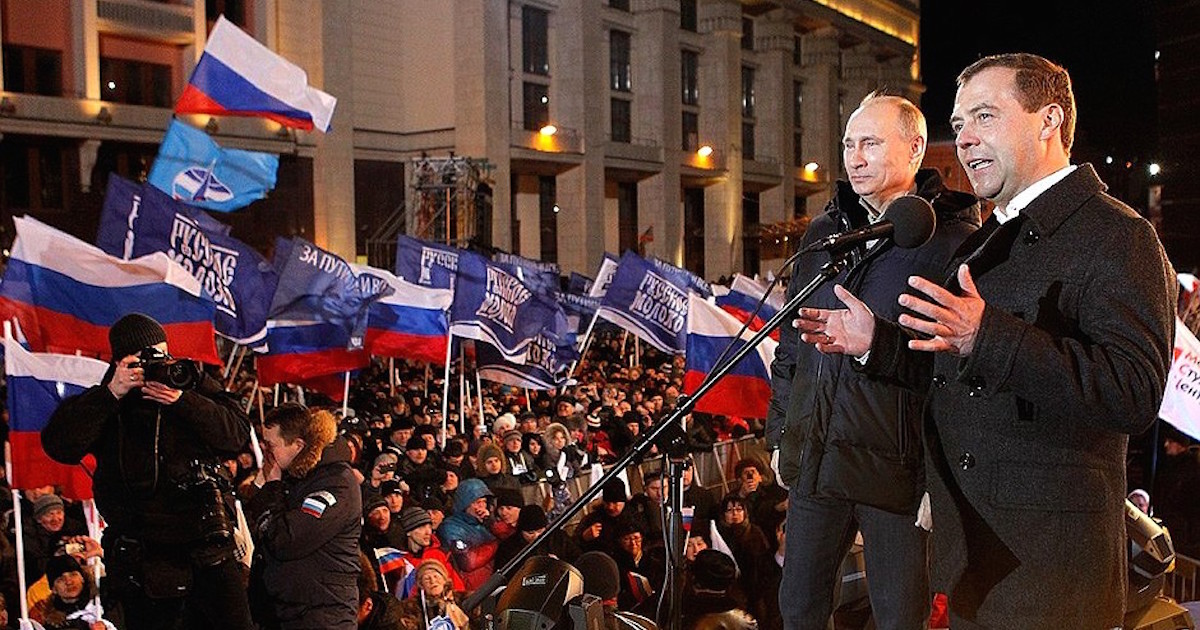 On Wednesday, Vladimir Putin made a long anticipated announcement: He will run for President of Russia for the fourth time. The election is scheduled for March 18 of 2018. Putin made his announcement while speaking to workers at one of his country’s largest automotive plants, the day after the International Olympic Committee banned Russia from the 2018 Winter Olympics.

The timing of the announcement was no coincidence, sources familiar with the Kremlin agenda say. Russian leaders are bitterly frustrated by the Olympic ban. Although Putin didn’t mention it directly, his message was clear: Foreign adversaries aren’t going to drive him from rule of his country.

Putin hasn’t ordered a boycott of the Olympics, and vowed no retaliation against Western countries, which he believes conspired to throw Russia out of the Games. With the Russian president, such restraint usually means retaliation will follow later — and will be as massive as possible. The worst insult for Putin might not even be the ban, but the revocation of Russian athletes’ gold medals won at the Sochi 2014 Games, which Putin had regarded as his personal victory.

While still in power, Putin will continue to push forward on the West. This also means that for the next six years Russia will remain a tough place for investment, where higher risk doesn’t necessarily mean higher return.

The Bell has learned that the FSB’s top cyber-crime expert, charged with treason in Russia, is suspected of leaking information to Washington confirming Russian hacker attacks — something that has been long denied by Russian authorities.

This is the first account of the cyber attacks based on Russian sources. Until now, almost everything known about the case has been based on reports or leaks from the American intelligence community and cyber-security companies. The story gives insight into how Russian intelligence recruits and uses criminal hackers, and how the competition between two Russian intelligence agencies could have compromised the U.S. cyber attacks. Last night, the story was featured on MSNBC’s The Rachel Maddow show.

High-ranking Russian officials are trying to discover more about  new U.S. sanctions, which may be imposed in February. One sensitive issue is a list of oligarchs close to the Russian regime and senior officials not yet subject to sanctions, which is to be drawn up by the Treasury Department.

Not only government officials are getting ready for the new sanctions. Russian billionaires, who keep much of their money in the West, might need to take their funds  back home. Estimates of the amount of money held by Russians abroad range from $200 billion to $1 trillion.