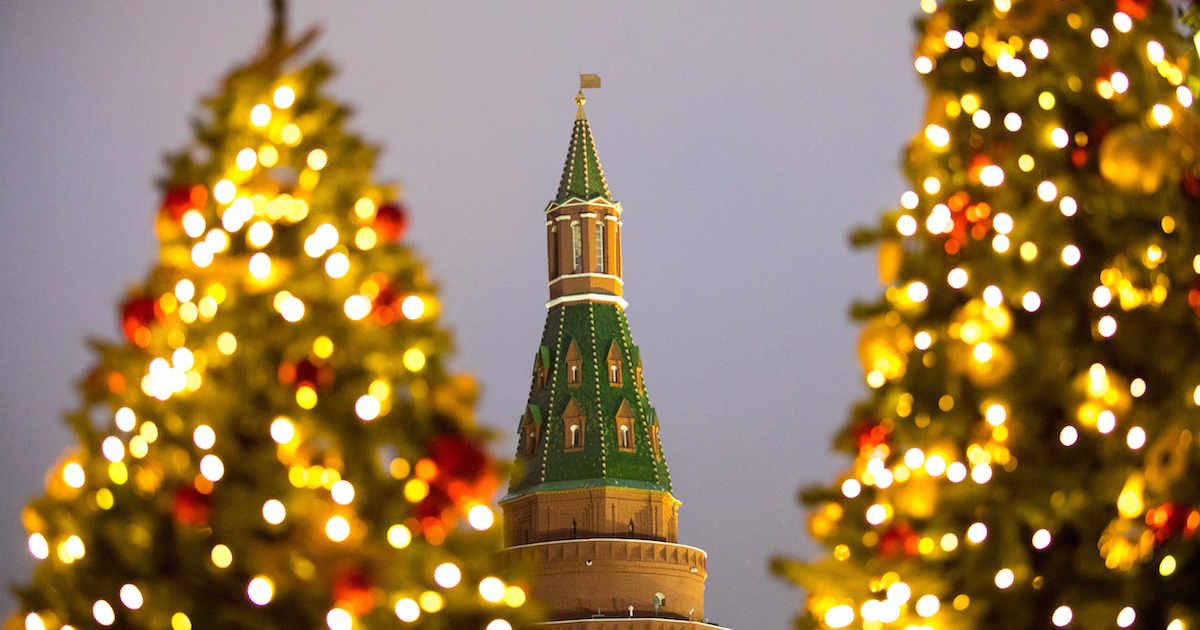 Relations with the U.S. never stopped being a big deal in Russia. With the DNC hack, Trump’s surprise win and the Democrats’ and Robert Mueller’s hunt for his Russian ties, in 2017 Russia became a #1 issue in the U.S. for the first time since the end of the Cold War.

Russia’s efforts to restore worldwide political influence (with reports of attempts of meddling in the elections in Europe) became a matter of frustration for the Western policy makers, journalists and voters. The November midterm elections in the U.S. may become the next stage of international cyber warfare — worth watching.

The domestic economic downturn and fears of new sanctions have put Russian investors on a quest for new opportunities — and, like many others, they found them in bitcoin and blockchain. At least 10% of the Russian Forbes’ list has invested both in cryptocurrencies and blockchain-based startups, The Bell has reported. It’s no surprise — Russian entrepreneurs couldn’t pass up combination of high yields and anonymity.

Silicon Valley is another destination that still draws wealthy Russians, inspired by iron-ore tycoon Alisher Usmanov, who made almost $2 billion as an early investor in Facebook. This year, we found Russian money in Lyft, Snap, Hyperloop One, even in the Chinese Uber subsidiary and its former rival and now partner Didi Chuxing.

Despite the sanctions, the Russian elite still wants to boost its international status and gain recognition as big tech investors rather than nouveaux riches who can only get rich on natural resources. This trend is strong enough to overcome the tumultuous geopolitical circumstances and it might lead to further change in Russian policies.

Russia missed both rallies. The domestic GDP growth will not exceed 1.8%, and for the domestic financial market 2017 was a nightmare — the RTS index lost 1.4%, the worst result in the world besides the Middle East markets.

Russian economy is still doing better than in the previous years — 1.8% growth is the best figure since 2012. The bad news is that this growth won’t be speeding up. The World Bank predicts the same 1.7% for 2018 and 1.8% for 2019. This matches the 2016 forecast by the Russian Ministry of Economy, which said that the country might face 20 years of economic stagnation.

Despite slow growth, Russia is still the 12th economy in the world, and we still believe that sooner or later it will catch up with the global growth. After three years of recession, Russian companies are underpriced, trading at 6.8 P/E, three times cheaper than the the U.S. peers. It is important to follow not to miss the moment to invest.

4. Putin set to win the 2018 election, but the opposition is in the game

The presidential election is scheduled on March 2018, but there’s already no doubt about the result. Vladimir Putin, with 87% popular support is going to win another 6 years as president. This term, at least according to the Constitution, must become his last one.

In the last 150 years, Russia has seen two scenarios of power change: revolutionary (1917) and from inside of the system (the Perestroika 1985-1991). Initially сontrolled politicians often start making changes when they get access to power. Even if not, the current candidates (and non-candidates, in the case of Navalny) get a chance to strengthen their positions and develop their competences before the 2024 election, when the intrigue will be stronger.

In 2009, Igor Sechin, then deputy prime minister, was proclaimed the second most powerful man in Russia after Putin himself. Ten years later he is in charge of the largest Russian state oil company, Rosneft, and he’s as strong as ever.

Sechin has been Putin’s closest aide since the 1990s. During his patron’s first years in power, Sechin masterminded the tax claims and criminal charges that led Yukos, then the largest Russian oil company, to bankruptcy, and its owner, Mikhail Khodorkovsky, to a 10-years jail sentence. Yukos’s assets ended up in the state-owned Rosneft, led by Sechin.

This year, Sechin also placed risky bets — and won them all.

Sechin’s #2 status is already a reason to watch him as Putin heads for his last term as president. Sechin is not a public politician, but his role in the transition period will be crucial.

Beginning from today, Russia falls asleep for almost two weeks of holidays — too bad for national GDP and news oultlets. We’ll be back with you on January 12. Thanks for being with us!

Show more
The major stories you need to understand Russia An insider view, in 5 minutes Newsletter example
Enter keywords
Sorry, no results were found :(
We sent an email with a confirmation link to your address Thank for joining The Bell community!
We sent an email confirming the changes made Your newsletter settings have been changed